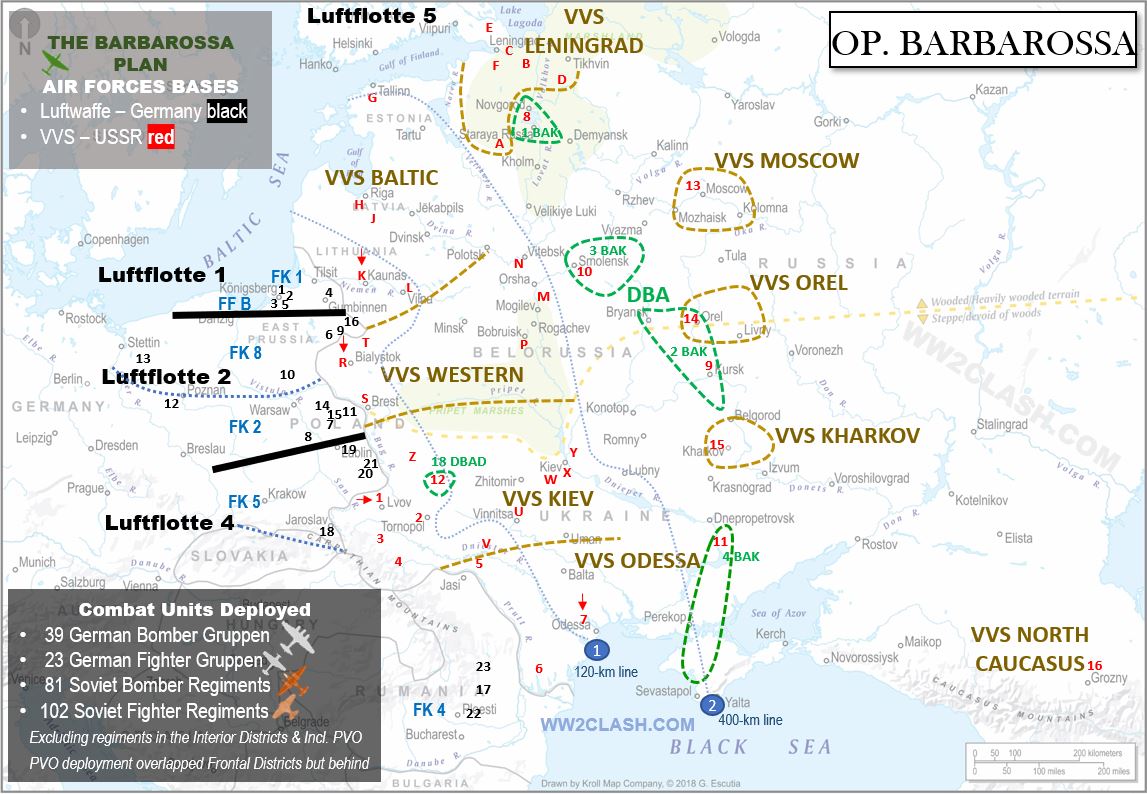 The 120 km line represents the average distance from France to the main RAF fighter bases. With the help of radar, the British were consistently able to deploy fighters in time and with enough altitude to defend their airfields east of this line (not to prevent bombing, but to cause serious losses and to disperse forces in the airfields to other bases).
On the other hand, forward airfields situated at half this distance (60km) proved vulnerable even with radar.
A Ju 88 formation cruises at economical speed of 5 km/min. To reach the bases at 120 km they required 24 minutes, while only 12 minutes were necessary for those at half the distance.
Without the aid of radar (which could see some 160km @6,000 m and routinely detected German formations forming up 60km from the British coast), the 120 km line should be considered the HIGH-DANGER ZONE for the VVS, since it would not allow time for fighters to intercept in a timely matter with advantage unless patrols were circling their airfields. 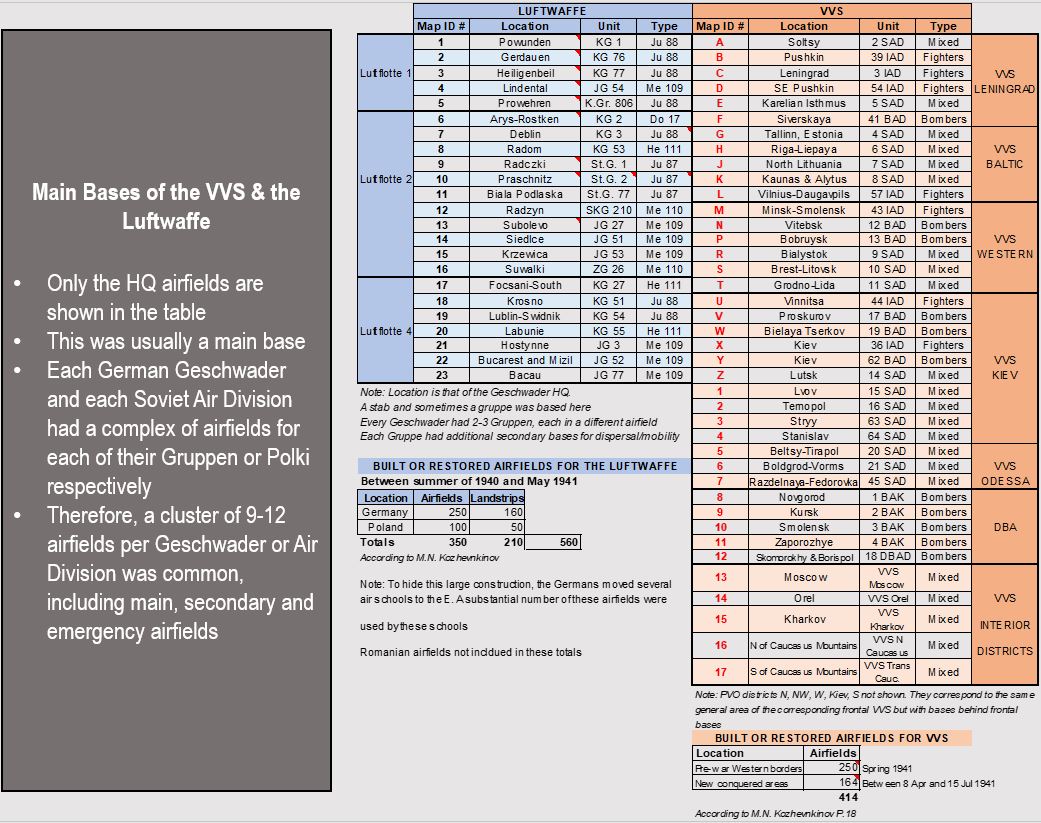