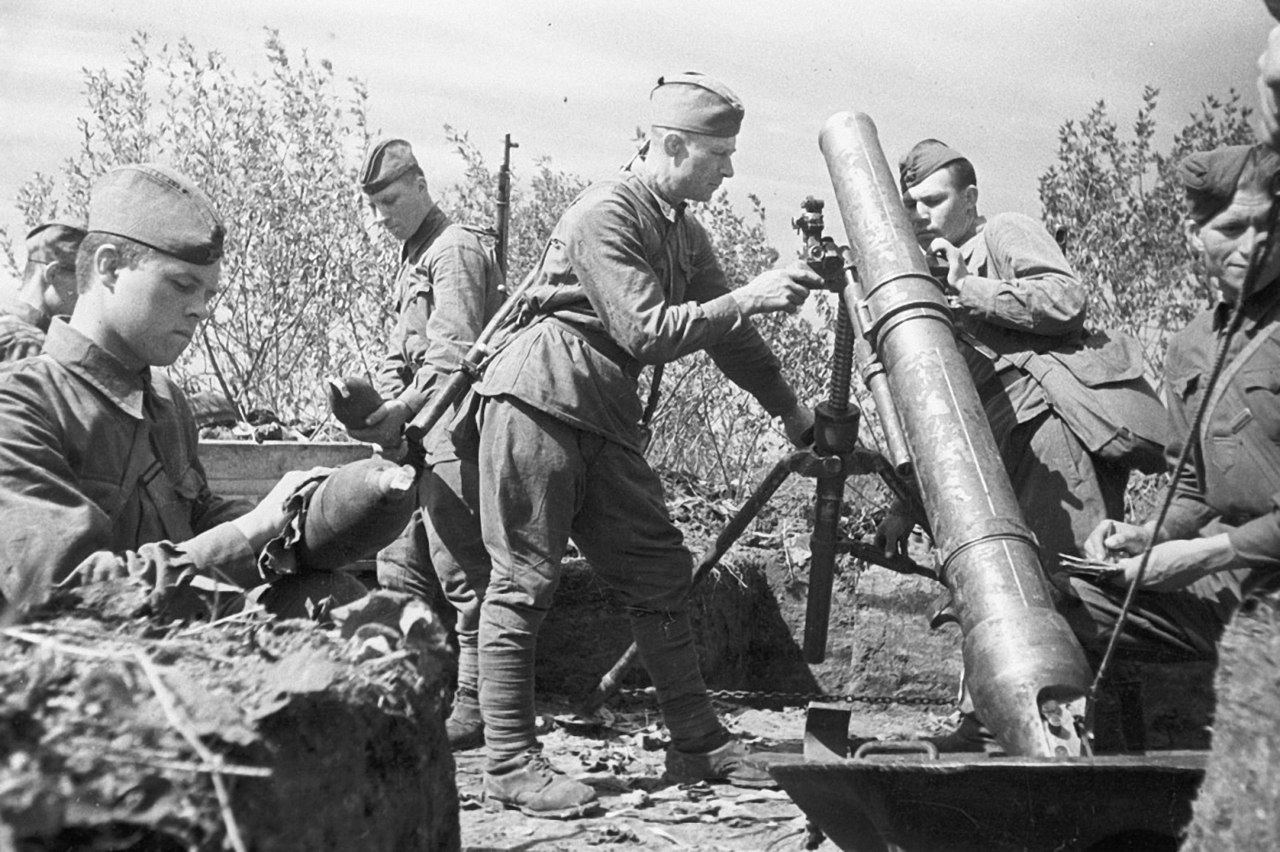 A mortar is an artillery weapon that has many advantages: it is easy to use effectively, it is economical to manufacture, it is light and compact (and thence highly transportable) and furthermore, it increases significantly a unit firepower and range. These benefits allow abundant supply to military formations. In 1941, German infantry battalions were equipped with 50mm and 81mm mortars as were their Soviet counterparts (50mm and 82mm mortars in the case of the Soviets), but the Russians also supplied the excellent 120mm mortar at regimental level. This mortar entered in service in 1939 and saw extensive use during all the war. The 120mm mortar weighed 280 kg (617 lb) when fully prepared to fire so, in contrast with the 50 and 82mm mortars, that foot soldiers back-packed, it needed a towing vehicle. This heavy mortar hurled 16kg (35lb) shells up to 5.900m (6.500 yards) of range at 890 feet per second. The crew controlled elevation between 45 to 80 degrees using a simple adjusting mechanism. In action, the firepower of the 120mm mortar was quite impressive. So much so, that the Germans enthralled by its firepower and versatility, copied the design. On the eve of Barbarossa, the German and Soviet infantry divisions fielded 135 50mm and 81mm (82 mm in the case of the Soviets) mortars per division, making them the most common artillery piece in use, but the Soviet rifle division also included 12 of these formidable weapons giving the Russian rifle regiments a firepower edge over their German counterparts. 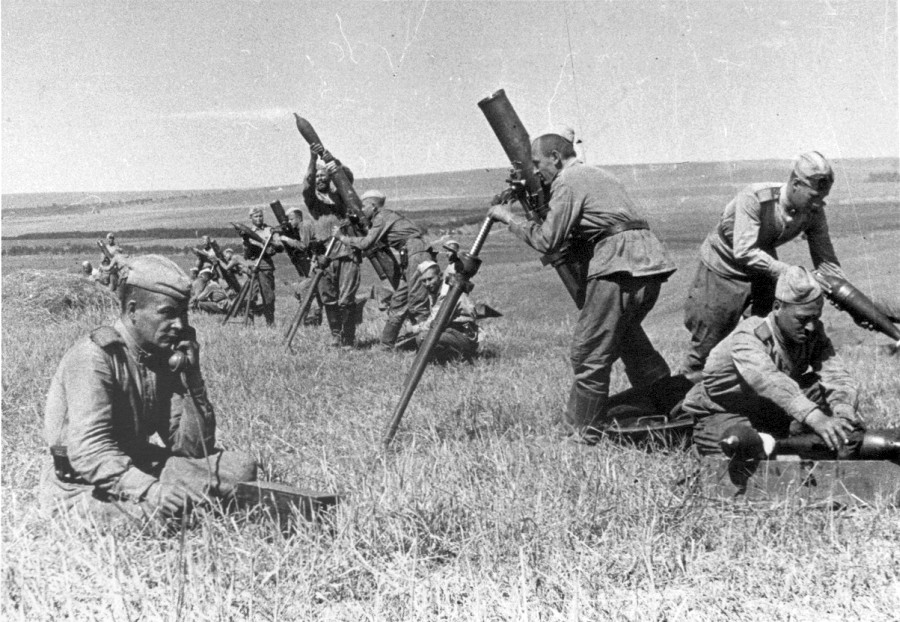 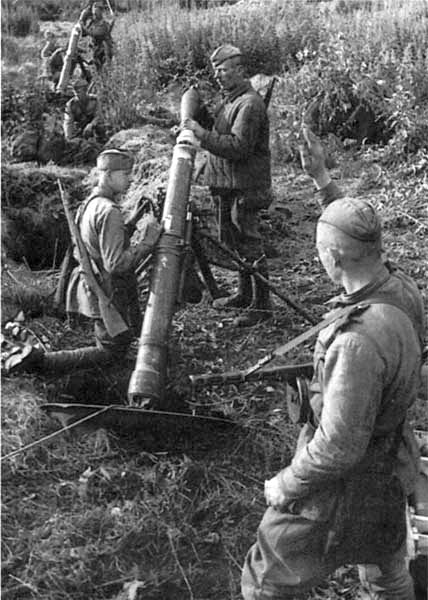