Why is war among states necessary at all?
The distribution of wealth and key raw material sources is uneven in the World. Nations develop wealth creation centers (ports, commercial cities, industries, research centers, universities, etc.) and/or possess strategic raw material resources (peoples, land, forests, water, oil, minerals, etc.) whose inherent value may engender envy in other Countries.
The history record shows that there has been a continuous and long dispute for these assets among states.

Ideology also plays a part in conflict among nation-states, but during the last two Centuries (at least), it is very rare to find examples of aggressors initiating a war to impose their dogmas on foreign peoples while knowing full well beforehand that by doing so, they would be less wealthy or weaker.

On the other hand, it is common to pursue economic and strategic advantages (euphemistically called “national interests”) claiming a higher altruistic purpose, which tends to deceive historians.

Since the possession of strategic assets is not God-given, and the nation that holds them today may have obtained them from another nation (or peoples) in the past, there may be no clear-cut and absolute “rightful owner”. Therefore, “might-makes-right” is the typical law of the land for resolving these conflicts. The powerful usually seizing the resources from the weak and never letting them go unless forced to do it.

The leaders of a powerful State that identify a strategic possession that should be theirs (because they say so) or that a competitor must not control (because it may strengthen its relative power), are likely to follow a 3-step process to impose their will. 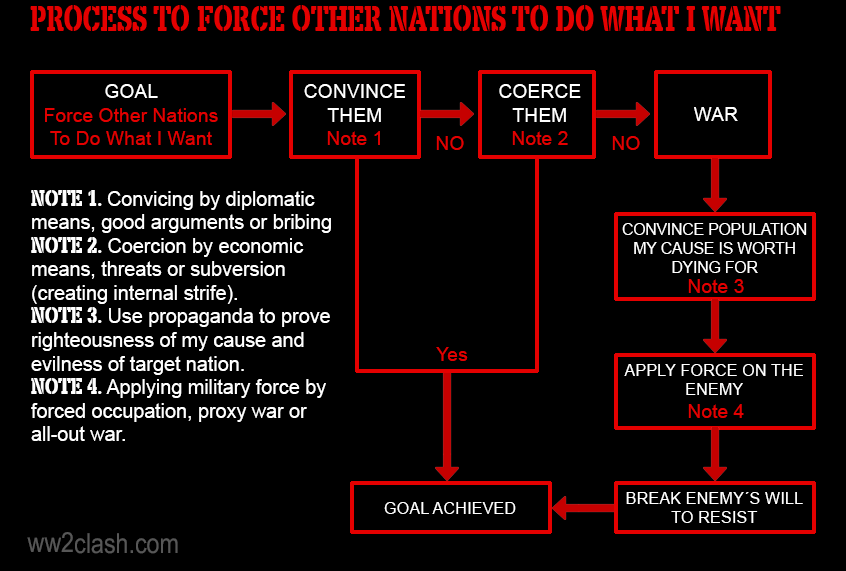 First the aggressor will try to convince the leadership of the target nation with clever arguments through a negotiation. Bribing the target leaders may be necessary to sweeten the deal.

If this does not work, coercion is the next step. Threats, economic pressure or even inciting internal strife, used individually or in sequence may be sufficient to attain the goal.

When everything else fails, war has proven a popular tool. War may take the form of military occupation if the target nation is very weak, proxy-war if the conditions are not suitable for a direct attack or full-blown war when the aggressor’s leadership estimates it can prevail.

If war is the path selected, the first step the aggressor’s leadership must carry out is to convince its populace that war is worth fighting for. Since most of the citizens will not get any short-term benefit from armed conflict and on the contrary, they may lose life or limb, it would appear than the leadership would be hard pressed to convince anyone to follow them.

However, this is not so. Governments have found that there are ideas worth dying for: freedom, communism, democracy, fatherland, God, liberty, Country, way-of-life, etc. Educational systems implant the ideas on young kids that receive them and when they are adults they accept them unquestionably. Once the moment to act arrives, leaders may use their mass-communication channels to launch a propaganda campaign hiding the true motives and spinning the message to demonstrate the righteousness of their cause and the evilness of the adversary’s authority.

Attacked nations have less problem in garnering popular support, so creating false-flag attacks has proven effective to bring everyone in line with their chiefs. The animosity, even hate, created in the citizenry, despite its minimal contact with the “adversaries”, sets the stage for war to materialize and to justify all its excesses.


Germans and Russians envisaged war-waging as the enacting of decisions at 4 distinct hierarchical levels: Grand Strategy, Strategy, Operations and Tactics.

The Head of State and his cabinet exercise the highest level of command, that of Grand Strategy. This level has to do with decisions of the highest importance that can be categorized in several areas: Establishing the ultimate goal and the overall approach for winning the war; domestic and foreign propaganda (to maintain the resolve of its citizens, reduce that of its enemies and gain sympathy from unaligned nations); maintaining morale (concrete things must be done to improve the lot of the citizens and prevent flagging support); diplomacy (to use resources of other nations for its own purposes); internal security and mobilization of all economic, industrial and financial resources to leverage them in support of winning the war. The decisions of this group are far reaching. 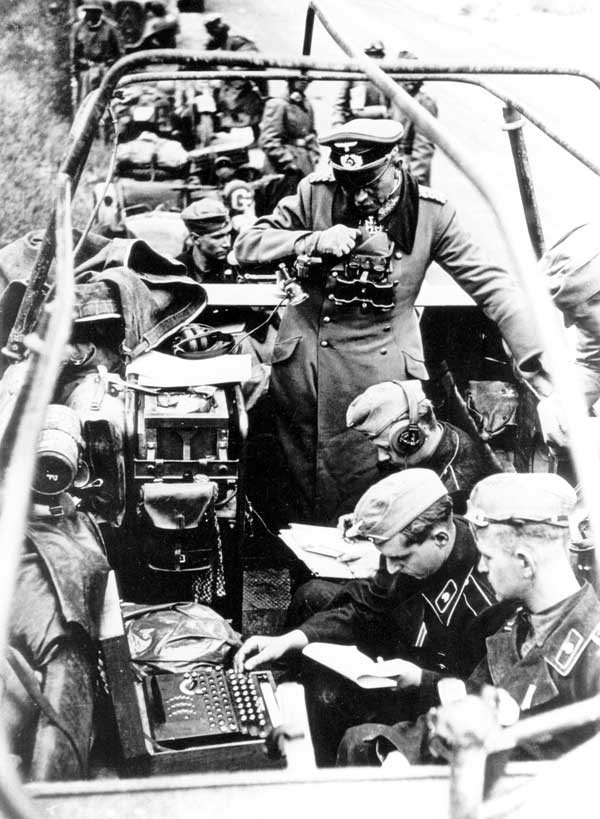 Below Grand Strategy, there is Strategy, the conduct of the war at the highest military level, encompassing all theaters of war. The strategic commander makes decisions pertaining to force generation (creation of new combat formations and its equipment and supplies necessary to fight); military intelligence/counter-intelligence/espionage (to anticipate enemy’s intentions and prevent the enemy of doing the same); technological innovation (development of new weapons and combat techniques to keep ahead of the enemy); resource allocation and the effective application of force on the enemy. Ministers of War, Commanders in Chief and Chiefs of Staff, supported by Civilian Ministers direct this level.

In Germany, the command in charge of Strategy was the Oberkommando der Wehrmacht led by Adolf Hitler. The Stavka, led by Joseph Stalin (after 10 July 1941) had an equivalent function in the USSR. Initially, both Germany and the USSR had Ministers of War responsible for this level, but first Hitler (1938) and then Stalin (1941) took over this responsibility while still directing their respective governments. Both dictators chose to assume the first two responsibilities simultaneously, which was a heavy burden on time and knowledge.

The successes of German arms since the times of Bismarck, has bestowed the Teutons a reputation as profound thinker of war. Their main exponents, like Karl von Clausewitz and Heinz Guderian, enjoy widespread recognition. The Russians do not enjoy this credit in the West, but Soviet military theorists were bright and came up with the concept that is relevant to the next level of waging war: The Operational Art.

These Soviet theorists, Mikhail Vasilyevich Frunze among them, identified that between tactics and strategy there exists another level of command: Operations. Operations is a branch of command and control pertaining to large bodies of soldiers: Armies and Army Groups. The concept of Operations was born when the Soviet military thinkers realized that the complete destruction of huge modern armies is not possible in one single massive battle. Several consecutive battles (or operations) achieve this goal.

Furthermore, Marshal Mikhail Tukhachevsky came up with the deep-penetration concept, a method to achieve victory through operations. This notion envisioned profound incursions (about 100km) in the enemy’s rear preventing the enemy from stabilizing its defense. Having achieved one penetration, another would follow. The High Command kept sufficiently large reserves on-hand, ready for insertion in the penetrated sector to exploit the gap. The concept was an evolution of the experience gained by the Soviets during the early years of power.

The birth of the Communist State was immediately followed by Civil War. Reactionary elements inside Russia, raised up forces to oppose the new regime. The United Kingdom and the United States, strongly supported the white forces, providing not only money and weapons but actual troops, to topple the new Government. The Communist emerged victorious however, and after their success they resolved that mobile reserves in depth (mobile by train and horse) were necessary to defend successive threatened areas. This wartime doctrine brought triumph and became a strongly entrenched paradigm of Soviet military thinking. A big army and the creation of large reserves was the precondition to achieve military success. This apparently unimportant premise, would prove to be key almost 20 years later.
Although the Russians proved dexterous in using reserves in depth for defense, they were not able to make Tukhachevsky’s concept work on the offensive.

The German concept of waging a highly mobile war at operational level using combined arms teams of mechanized troops supported by aircraft (now known as blitzkrieg) was conceptually analogous to the Soviet one, although its development and implementation were superior.
The importance of the operational art is clear, as confirmed by the enormously decisive strategic victories of German arms in Poland, France and the Balkans using the Blitzkrieg concept.

This doctrine of mobile operations would prove by 1940, that it was a revolutionary way of winning wars. Time would prove however, that strategic considerations still reign supreme.

The last layer is tactics. This is the lowest level of command and deals with the disposition, maneuvering and engagement techniques of smaller groups of soldiers for battle. From the individual soldier to the Corps. Better tactics allow reaching favorable kill-to-loss ratios and win specific engagements.

A State that wages war effectively, operates in each of these 4 levels of command with shrewdness. It is difficult to find Nations that outdo the adversary in all of them. Some Countries turn out better in one echelon than in other, but the higher in the pyramid, the greatest the impact of the decisions. Therefore, the strategic realms are the most critical for victory and supreme leaders must not focus in operations and tactics at the expense of Strategy. 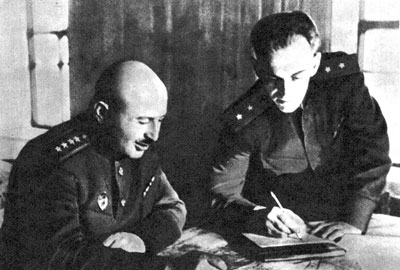