Army’s Chiefs of Staff first define the country’s military doctrine and then the tools they require to carry out such doctrine. These tools are the weapons they will employ. The technical departments under the Chiefs of Staff specify the requirements for them.

Spanish conquest of the Americas. British defeat of Zulus. American defeat of Indian tribes among many precedents. Contemporary examples also abound. I.e. American destruction of the Iraqi army and the defeat of Arab countries by Israel.

A match is defined as a qualitative performance level that is similar to the enemy’s plus or minus 30% (roughly) but does not differs from it by an order of magnitude. There were some exceptions to this rule.

The RAF design process from identification of requirements to production orders took between 5 ½ years (small aircraft) to 8 years (large aircraft) during peacetime. Under wartime conditions, all countries reduced significantly this process cutting many corners to save time at the expense of other risks. For example, the VVS accelerated so much this process that the aircraft designs introduced in 1941 proved immature and therefore highly problematic. The technical office required able engineer-tacticians that could understand both designers and soldiers. http://www.stardestroyer.net/Armour/ShepStuff/Website/EconomicStats.htm

Working closely with the Chief of Staff.

Later, standard units were selected to carry out this activity.

For instance, dive-bombing had to be abandoned in 1943.

The complexity increased dramatically when simultaneously introducing new engines and weapons for the a/c. 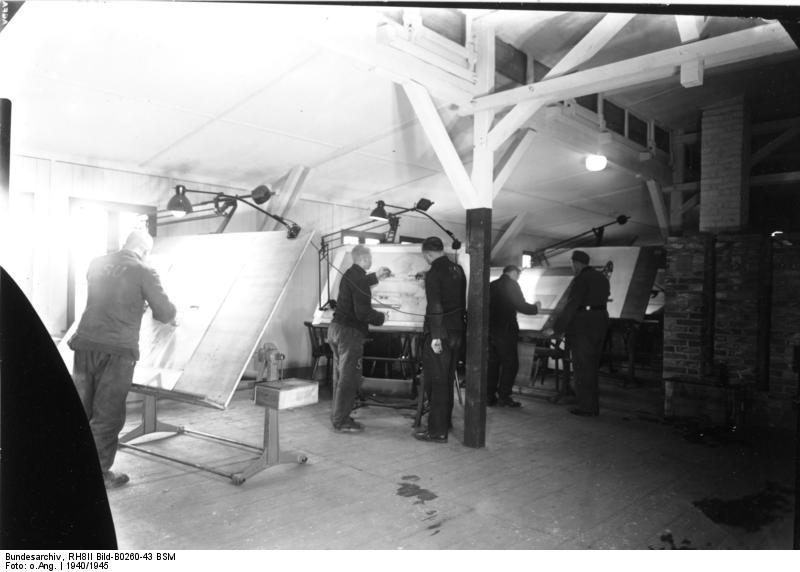 The research and development centers

The purpose of the Research & Development centers is to breed weapon designs that effectively accomplish a useful function as defined by the country’s military command and that enjoy a parity or technological edge compared to those of the enemy. . Military history has shown that states with superior weapons can overpower enemy countries that lack them .

During the Russian Campaign, and specifically for the Barbarossa period (1941 to early 1942), Soviet R&D centers proved able to deliver designs of aircraft, tanks, artillery, small arms, and other ancillary equipment that were a match, weapon for weapon, to those of the Germans. This capability takes a decade or more to acquire and given the backwardness of Russia during the First World War, this is another unexpected (but tangible) example of Soviet foresight and administrative dexterity, despite the unorthodox, many times draconian methods employed.

During the purge of the Soviet military commands starting in 1937, aircraft designers Andrei Tupolev, Vladimir Myasishchev and Vladimir Petlyakov suffered arrest and ended up in a gulag where they continued design work . Others suffered a worse fate. It is unclear how their designs continued to be competitive while working under those circumstances.

Soviet T-34 and KV-1 tanks had many advantages over the Panzer III and Panzer IV they would have to face, and they were more numerous . The Germans realized that slopped armor, wide tracks, diesel engines, and large-caliber main guns were features where Russian tanks were superior to their armored vehicles. Tanks are weapon systems and to be effective each sub-system must perform its function effectively. The German Panzer III and IV had better optical sights, radiocommunications and internal organization (the 5-crew in German tanks as compared with 4 in Russian tanks permitted better task execution) making an objective comparison somewhat complicated, but the conclusion that the Soviet medium and heavy tanks were as good as or better than those of their adversaries is reasonable.

The bulk of Soviet armor, composed of the T-26 and BT series tanks armed with 45mm guns , was much less outstanding, but even they compared quite favorably with the Panzer I (armed solely with machine guns), the Panzer II (armed with a 20mm gun), and even the Panzer 35(t) and Panzer 38(t) armed with 37mm guns which together amounted to 1.980 tanks or 52% of German armor .

The Soviet 120mm mortar was a simple artillery piece that was easily transportable and that had remarkable firepower. It had no equivalent in the German army, who decided to come back with a design of equivalent destructive capacity and versatility. In this case, they just copied and adopted it.

The main Anti-tank (AT) gun of the Germans was the 37mm that proved effective against the bulk of Soviet armor but useless against the T-34 and KV-1 (which, however, represented only a small fraction of the Soviet armored park in 1941) . The Soviets, for their part, deployed the 45mm AT gun which had slightly better penetration capabilities and was effective against all German tanks (which possessed 30mm armor thickness or less). The Russians also deployed in copious quantities the formidable 76.2mm all-purpose gun which could wreak havoc on all German AFVs. 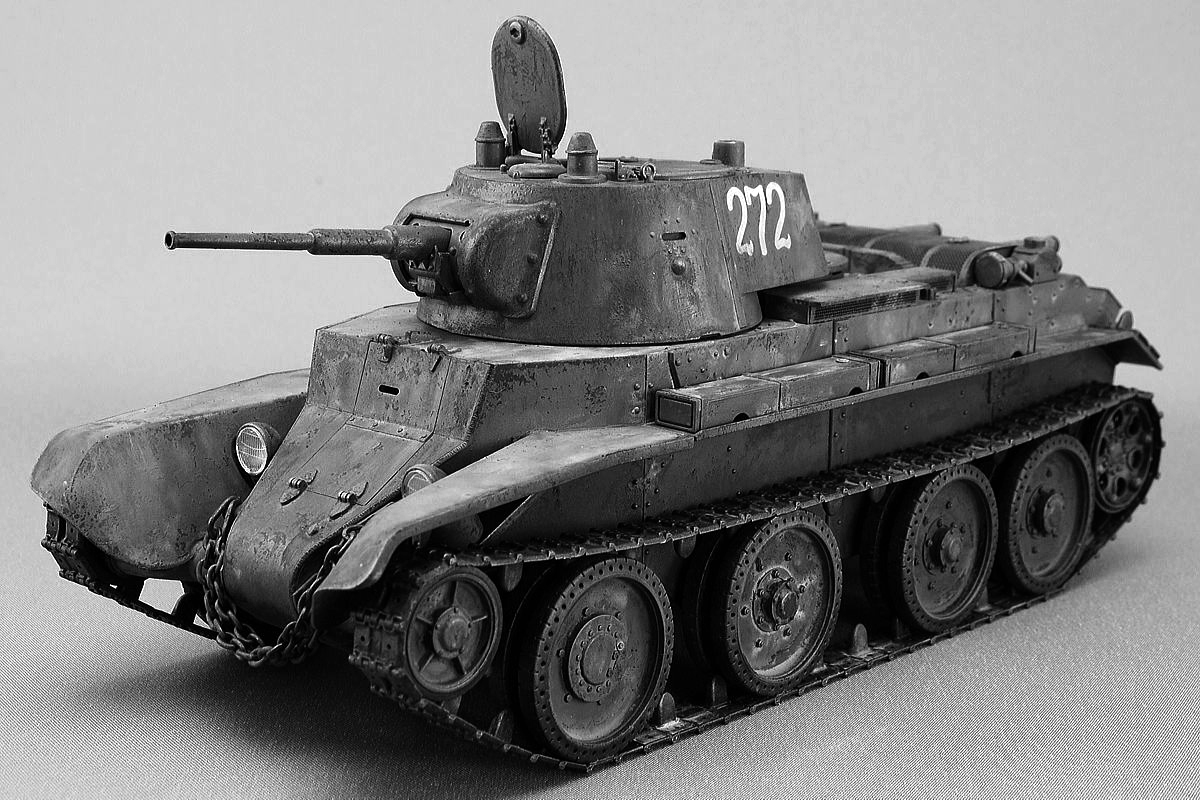 In the famous 88mm AA gun, the Germans had a better anti-tank gun than any Russian counterpart, although the latter’s 85mm was not far off. But the Russians did not need it in 1941 since the 45mm AT gun was enough to penetrate all German tanks.

The Mosin-Nagant 91/30 rifle and the German Mauser 98 Carbine were comparable bolt-action weapons, both using a 5-clip magazine. The Soviet PPSh-41 submachine gun had a superior rate of fire and range than the MP 38 of the Germans, but the German MG 34 (the MG 42 did not enter service until 1942) was somewhat better than the Red Army’s Degtarev DP and Maxim M1910, for their versatility and rate of fire. Overall, Soviet small arms were equivalent.

In the air, the Luftwaffe’s Messerschmitt Bf 109F2 fighter was a class better than the more numerous Polikarpov I-16 type 10 and 17 of the VVS thanks to its superior climb ratio and maximum speed, although the latter enjoyed better maneuverability and had the most powerful firepower of a fighter by a wide margin in 1941 . The Bf 109F performance was also broadly comparable with the newly introduced MiG-3 and Yak-1 and held a slight advantage against the LaGG-3; it was mechanically more reliable as well. Any Russian fighter was a dangerous enemy against German bombers.

German Ju 88 and Ju 87 bombers were more accurate striking machines than the Pe-2 and SB-2 fielded by the Soviets, but in the Il-2 the latter had a sturdy workhorse that was superior to German attack planes.

The Germans had a respectable technological edge in air warfare, in great part on account of their superior means of communication and control: radars and radios. This amplified the capabilities of their air assets.

After reviewing the full spectrum of weaponry and adding all the minuses and the pluses, we can infer that neither side enjoyed a decisive technological advantage in hardware. This was an unpleasant surprise for the technological savvy Germans that expected a significant lead . Fortunately for them, this mistaken appreciation did not have a critical negative consequence during the invasion .

The Soviets did well by not falling behind. 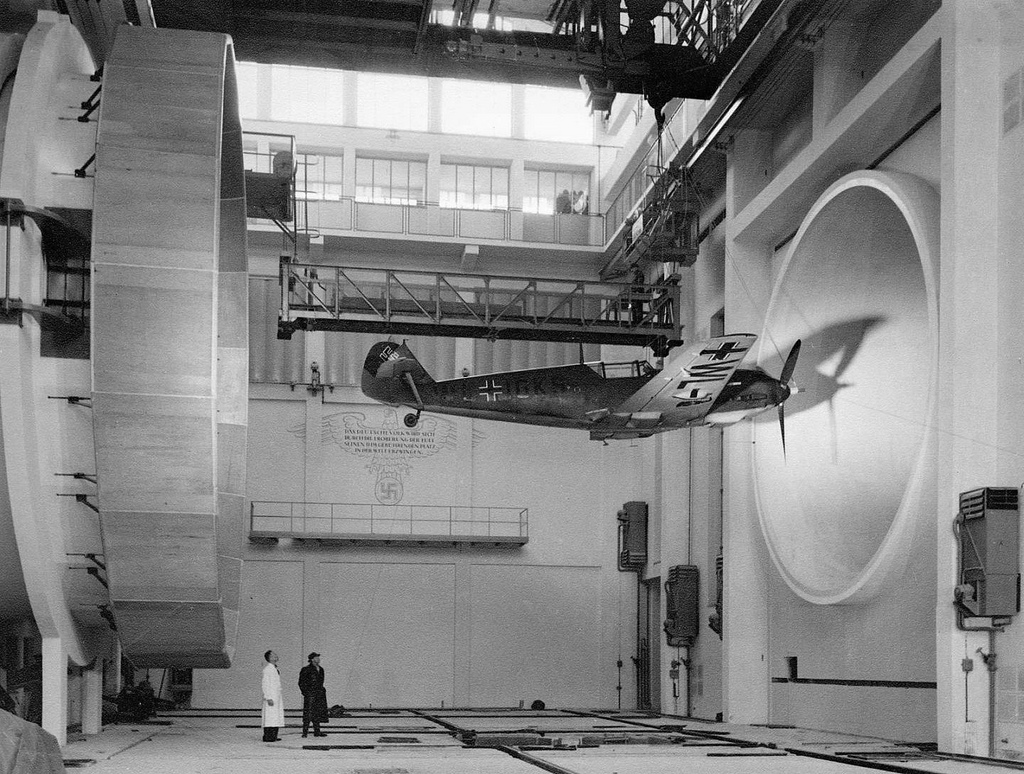 Testing of the Bf 109 in the wind tunnel

Armies face a difficult challenge when designing and introducing new weaponry. Although they aim to pioneer outstanding weapons, in practice most of the designs turn out to be mediocre or even disappointing failures.

A major barrier is the prolonged design process : The weapons designed today, will meet future conditions that cannot be anticipated with total certainty. 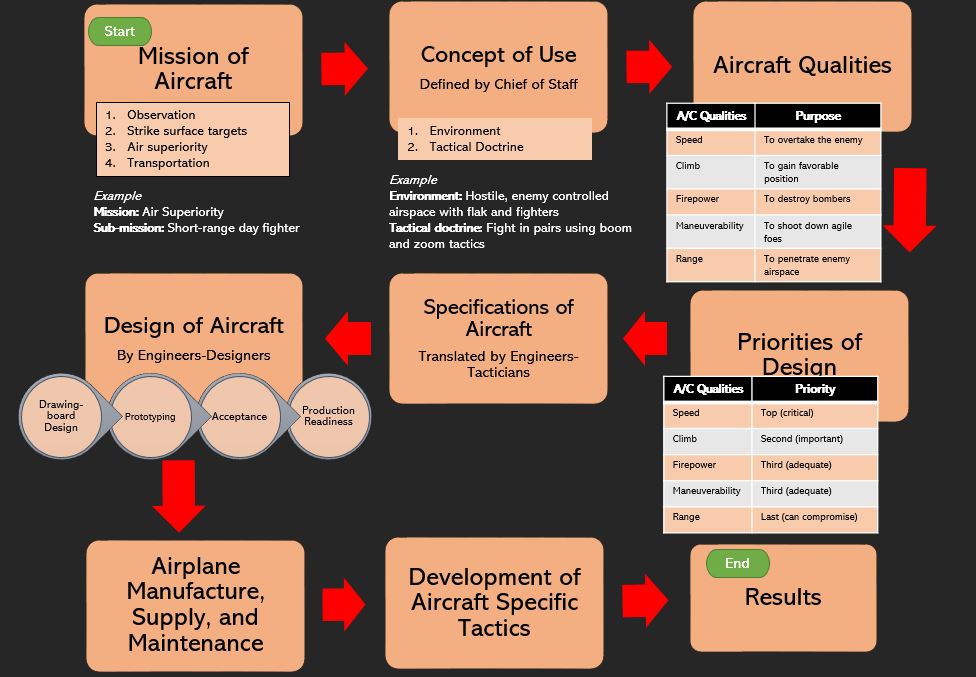 Design Process from inception to operational use

The simplified aircraft design process described in the previous figure is a good example of how this process transpired in both armies for most weapon-systems. The Luftwaffe Chief of Staff would define the mission and concept of use of the airplane. Then, the Quarter-master-General (Air) leading the technical office defined the attributes (aircraft qualities) the aircraft ought to have to carry out its mission. Next, he established priorities because some attributes compete with each other. Finally, he translated them into specifications the designers could understand . Afterward, aircraft manufacturers designed the aircraft, with the Luftwaffe technical office responsible for acceptance.

The first operational formations to receive the aircraft were Lehrgeschwader units that developed tactics that maximized the strengths of the new aircraft and minimized its flaws .

The results in the field would provide feedback to modify tactics, to improve the aircraft or to make major modifications to the design or even to the whole concept .

The aircraft design was a complex undertaking that involved four major tasks: drawing-board design, manufacture of the prototype, acceptance testing by the Luftwaffe Testing Center at Rechlin, and pre-production series to simplify manufacturability .

During wartime conditions, the armies enacted major shortcuts to reduce the duration of this process (like combining the prototype and pre-production step), decreasing substantially the time to availability at the expense of dependability. For instance, the LaGG-3 development was so short (1 year) that the aircraft never became a success and had to be abandoned in early 1942. The FW190’s 2-year development initially presented so many problems that even though it appeared in operational units in the summer of 1941 (in the western front), it could not be introduced in quantity to the Russian front until one year later.