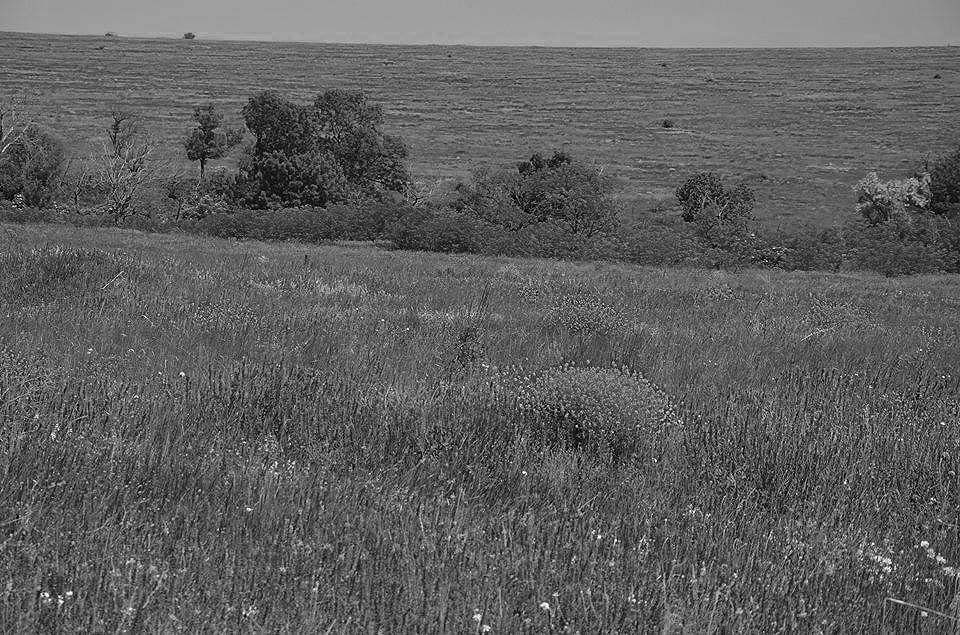 EFFECT OF GEOGRAPHY ON MILITARY OPERATIONS

Military commanders enjoy maximum flexibility to conduct operations if the battles occur over firm, flat, featureless ground. The desert comes to mind as the closest terrain that matches those characteristics. The Soviet Union was not an enormous unremarkable desert, however. This country possessed many topographies that presented serious obstacles to an invader.

To understand how geography influences operations, we must consider that an attacking army not only fights over territory that may be favorable to the assailant or to the defender, but its supply troops must distribute stores to the fighting troops over the same terrain. Since the winner of a battle is regularly the one that achieves fire superiority, the delivery of ammunition, fuel, food, water, and other dry cargo to the point of main effort at superior rates than those that can be achieved by the enemy, becomes critically important to get the upper hand.

Mountains, forests, rivers, lakes, sea, and swamps are major geographic features that impinge on mobility and combat. All these topographies negatively affect the efficiency of the supply columns and assist the defense in combat.

A dotted yellow line has been marked on the map below to divide the whole theater of operation into two distinct regions. This line extends from Brest, along the southern edge of the Pripet Marshes, to Kiev, south-of-Bryansk, south-of-Orel, and all the way to the Volga.

To the north of the dotted line, the terrain is predominantly forested, either partially or heavily wooded. Forests slow down mobile troops, restrict the area of maneuver and allow defenders to disappear on the landscape making them more dangerous. This northern sector had successive belts of densely forested woodlands around Minks, Borisov, Orsha, Vyazma, Bryansk, Gomel, north of the Smolensk-Moscow land bridge, Polotsk and Velikiye Luki that are ideal for the defense. Since wood fighting reduces the speed of advance, the Germans planned their attacks avoiding these forests as much as possible. 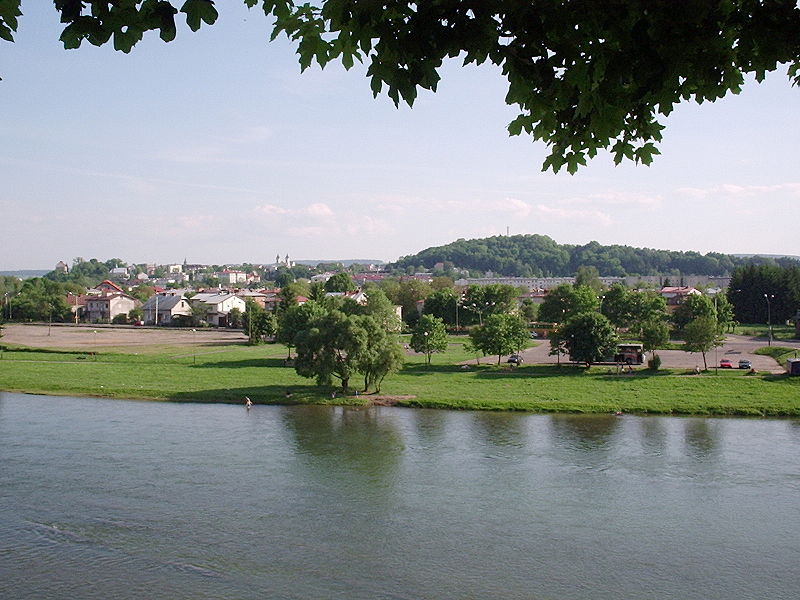 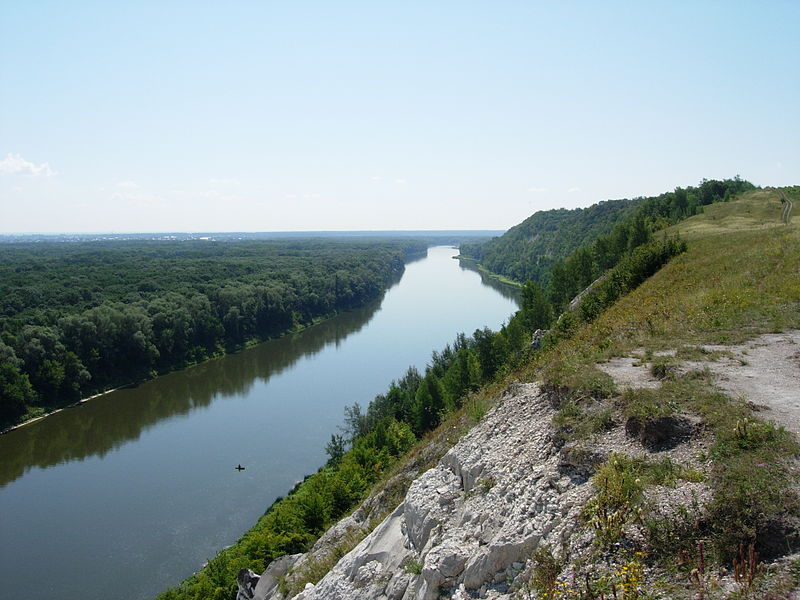 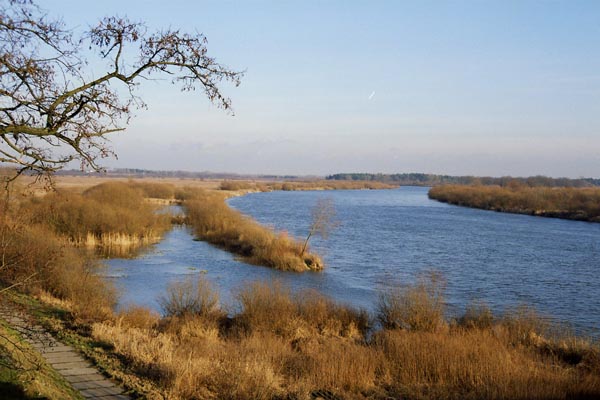 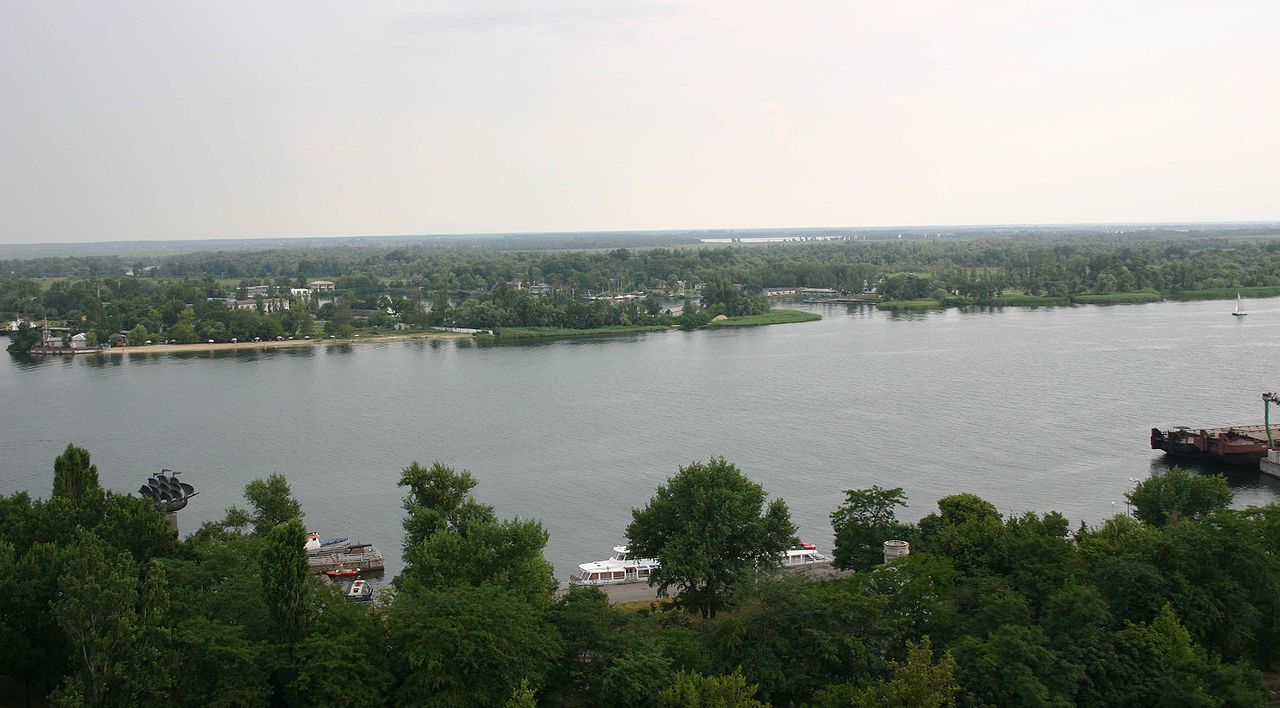 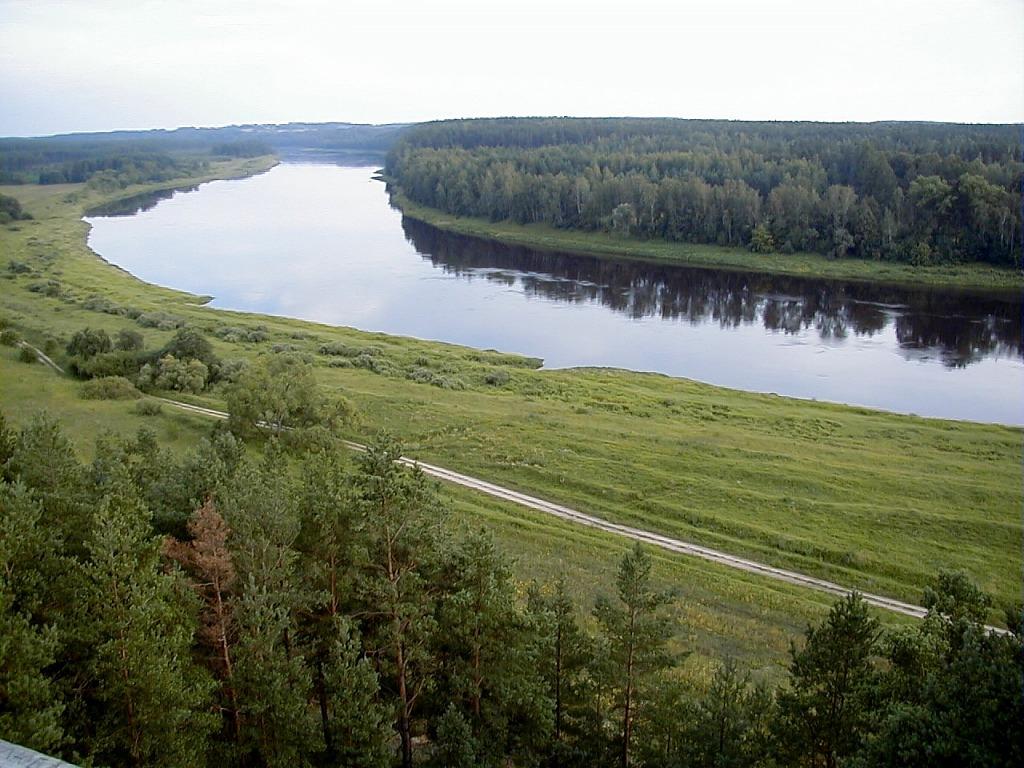 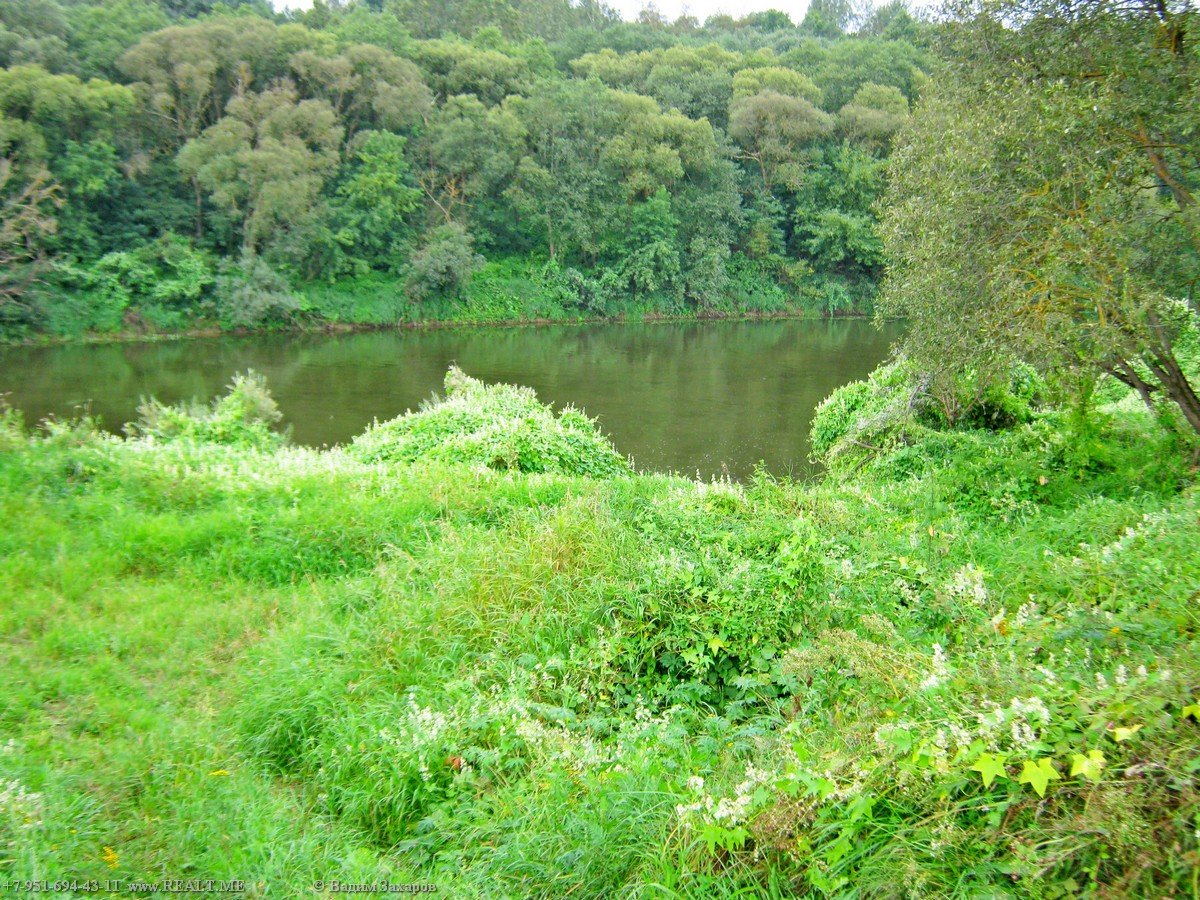 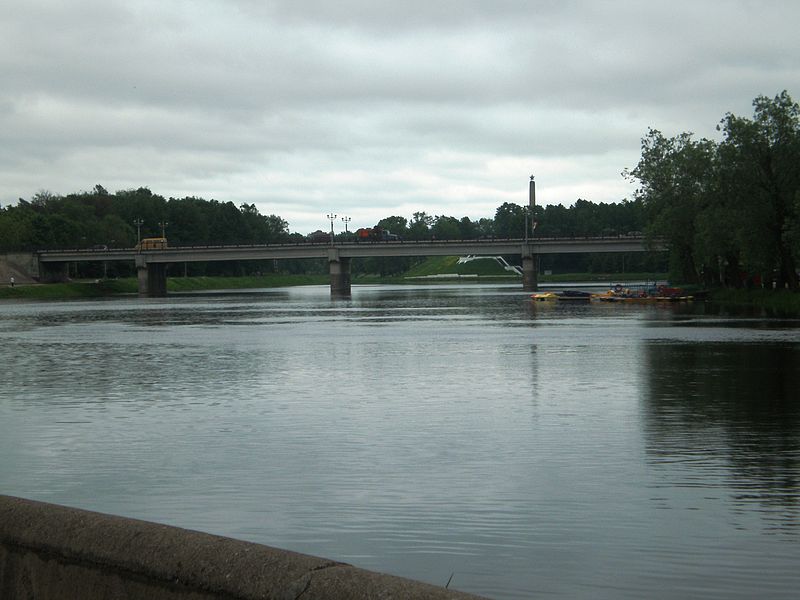 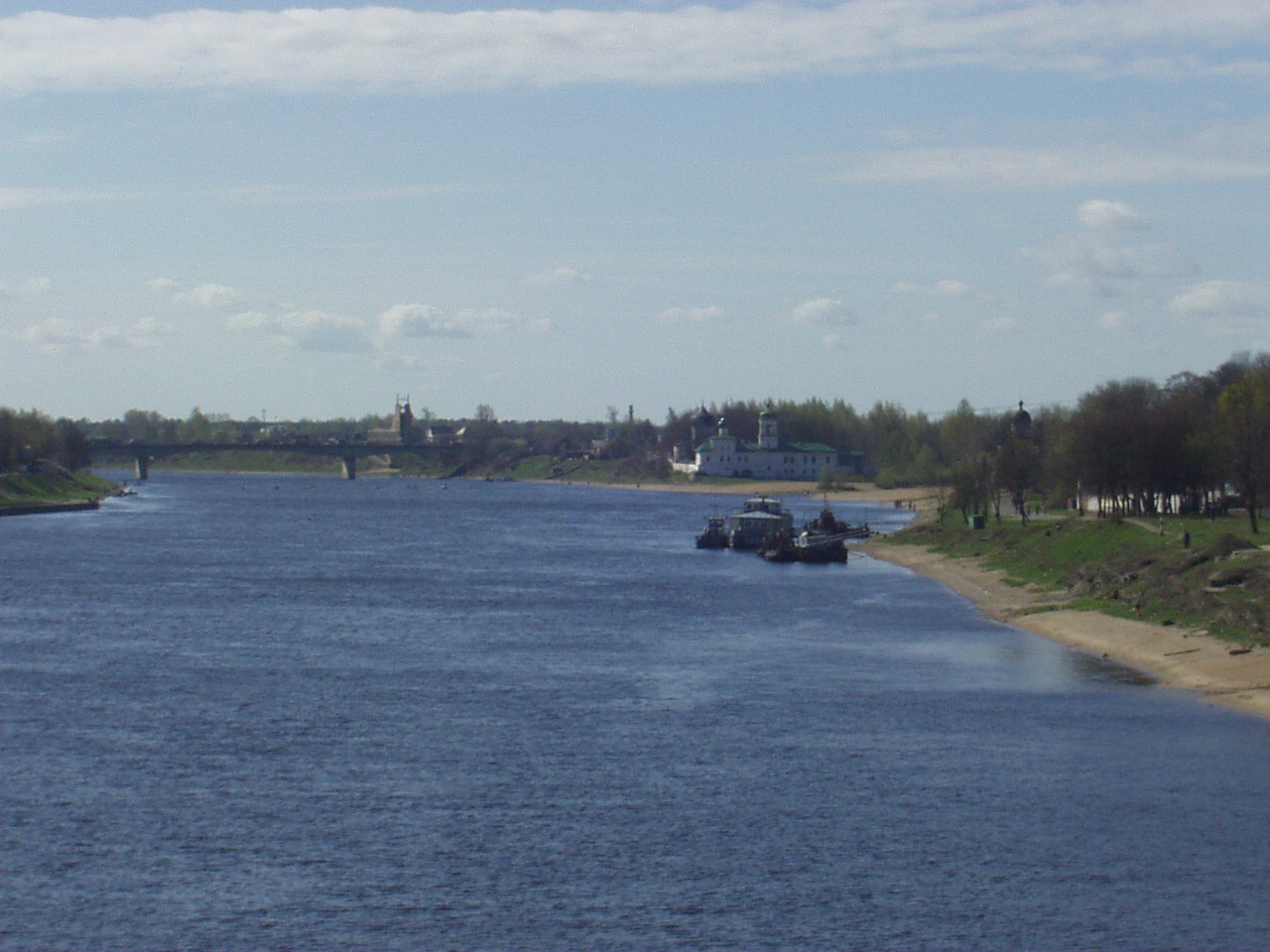 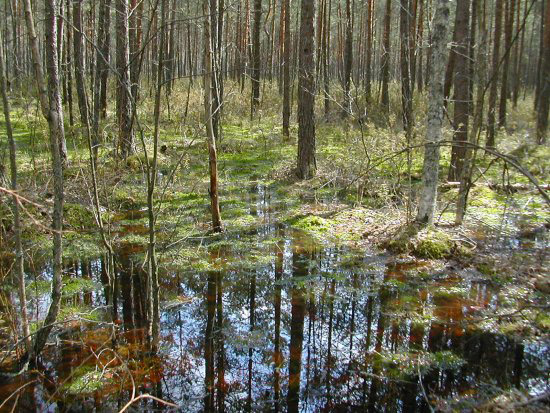 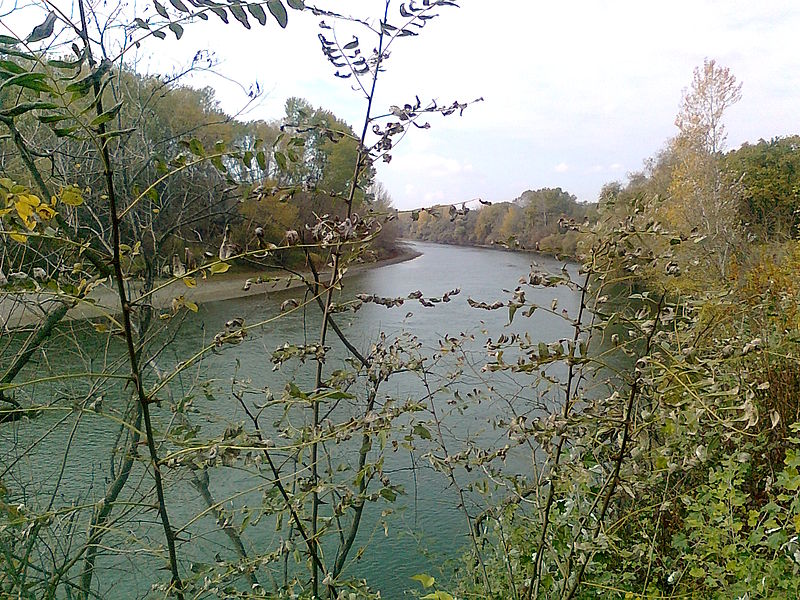 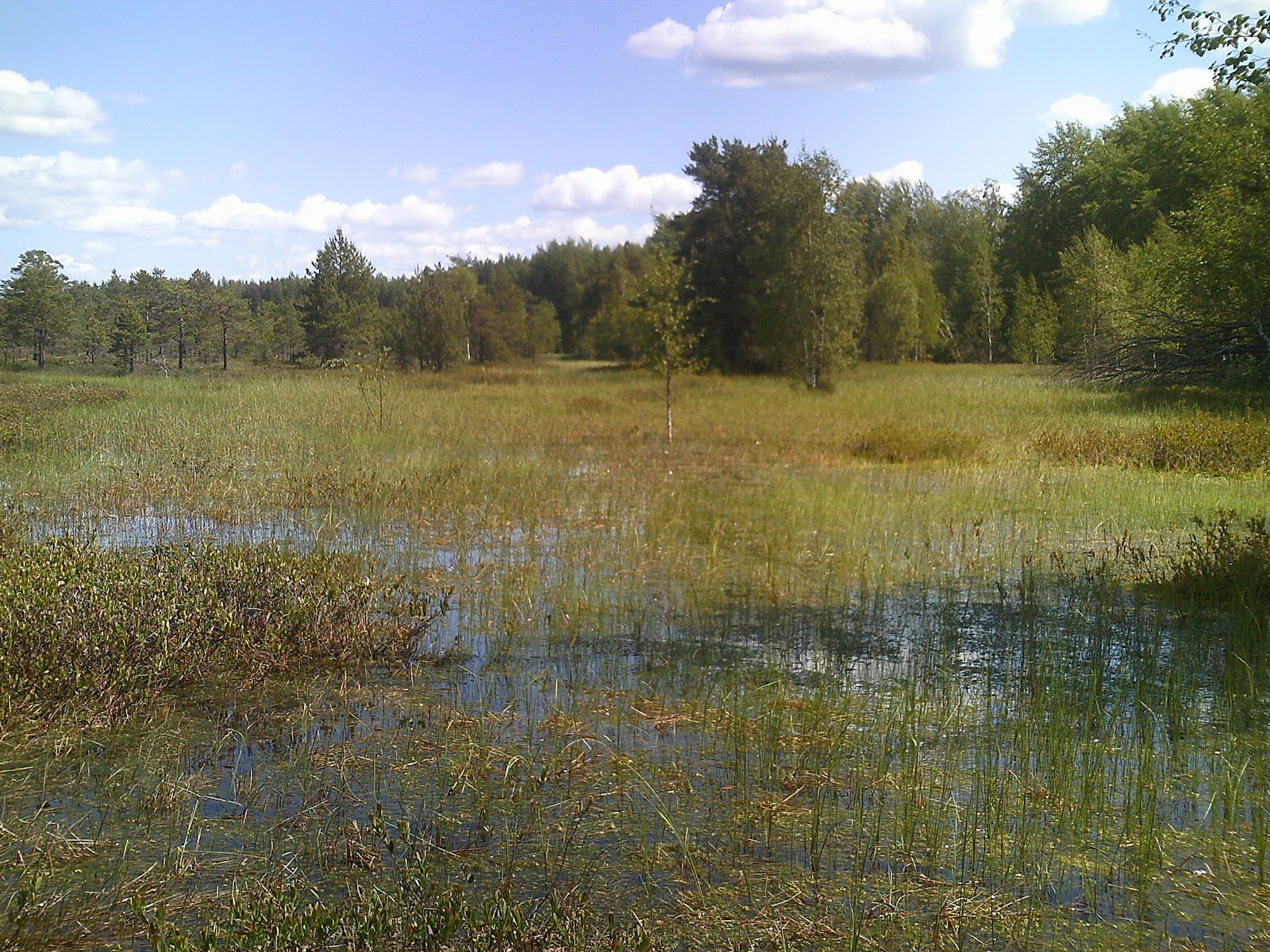 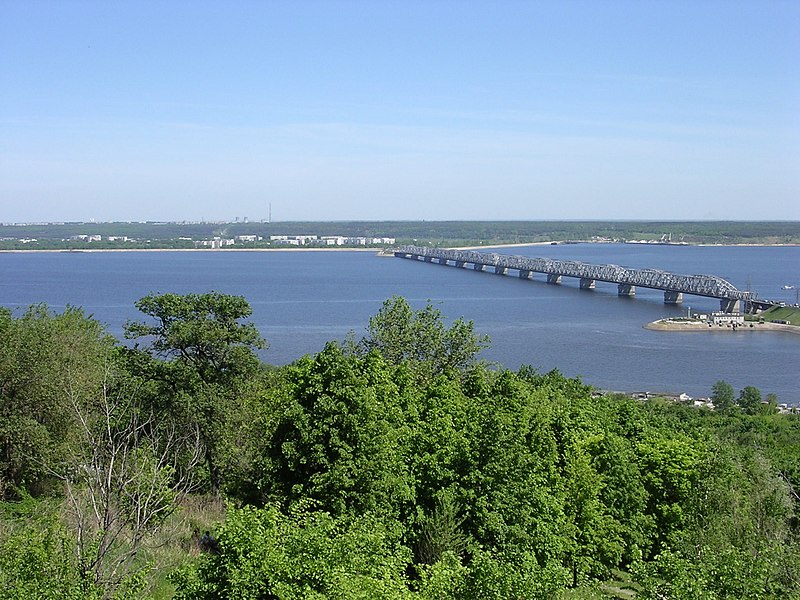 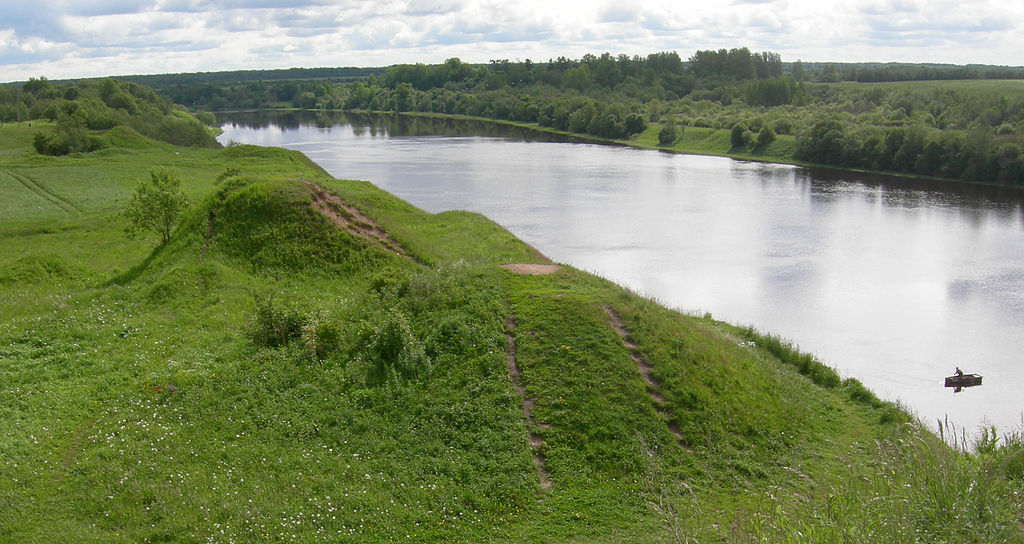 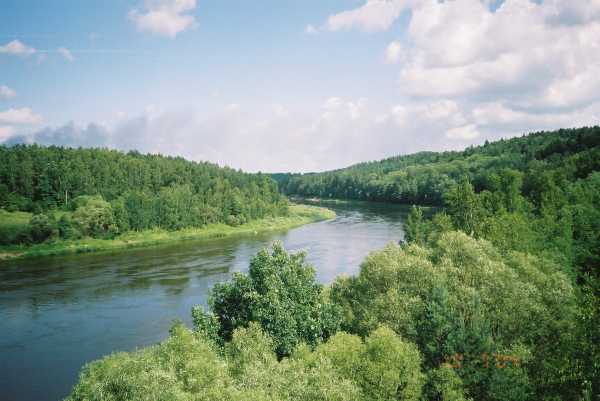 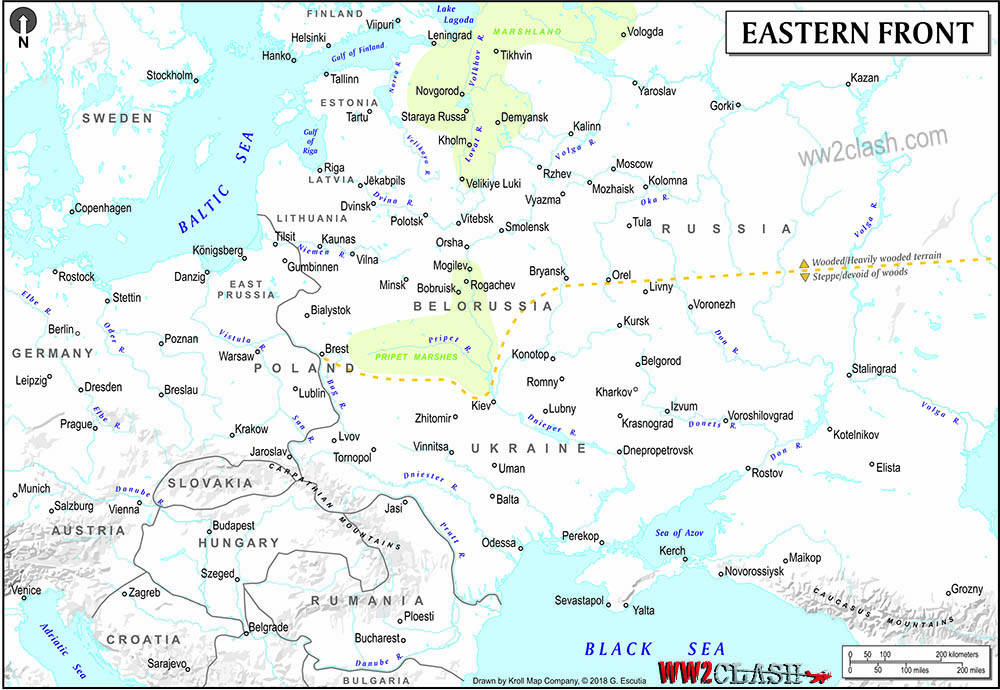 Marshlands are wetlands with thick woods that prevent large scale mechanized maneuvers over the area. They also allow defenders to hide from the prying eyes of reconnaissance aircraft. There were two principal areas, both north of the yellow dotted line: the Pripet Marshes, dividing the theater or operations in a northern and southern sector, and the swamps along the Volkhov and the Lovat Rivers that reach all the way to Tikhvin and Vologda. This terrain was highly unsuitable to heavy vehicles and the Germans could not use their armored units in these areas to their advantage. They appear in light green in the map.

The territory south of the dotted line is composed mainly of steppes devoid of forests. These prairies, because of its lack of geographical barriers, allow motorized troops to move at will and at the same time, the side with control of the air has a decisive advantage because the long-moving supply and combat columns do not have where to hide from air attack.

Rivers, shown in blue, are an obvious obstacle to mobility and therefore very useful for defenders if they are at right angles from the invader line of advance. Streams can only be crossed at bridges, so they create significant bottlenecks.

In the southern sector, the only important geographical advantage the defenders enjoyed was the series of impressive rivers posing one obstacle after the other to the German advance: the Prutt, the Dniester, the Dnieper, the Donets, the Don, and the Volga In contrast, the northern sector had fewer wide rivers blocking the path of the invaders: only the Dvina and the Velikaya, although once the attackers reached the swampy area of Lake Ilmen, the Lovat and the Volkhov Rivers became most difficult obstacles.

Mountains seriously restrict assaults, but there were only 2 major zones of highlands: the Carpathians Mountains, preventing a major attack from Hungary and the Caucasus Mountains, that did not play a part in 1941. A series of location markers in the map allows the reader to see for himself how the terrain looked to the field commanders. They help to transmit to the reader the situation on the ground.

Finally, the road and rail network played a crucial part in operations since they facilitate or at times, even make possible the supply of troops. Communication networks were denser in the northern sector than in the steppes of Ukraine.

Weather affected geographical features: rains converted passable terrain in quagmires where movement stopped, and swamps became obstacles even for the infantry. Cold and snow hardened the terrain and helped to reduce the negative effects of precipitations thus allowing movement, although never to the point of making it easier than in summer. If ice was present, movement slowed to a crawl. The decision of the OKH to place the heavier weight of the attack in the northern sector was to a large extent, a logistical one. First, the communication networks in Germany and Poland (once it was improved) were excellent, allowing to easily move supplies and troops. Second, the Soviet network was better in the north as well and with less bottleneck caused by rivers, so despite the more difficult terrain for combat, it was simpler to project power in this region.

However, the small force structure of the German army and its brittleness due to a low replacement capacity would force a long-term attrition war. Under these conditions, the Germans would be better served by fighting where they had the most advantage, and this was in the south because on this region the Luftwaffe strength was more influential.

If we add the importance that the raw material centers of Ukraine and the Caucasus had for both combatants, we can make the case that the main effort by the Germans should have been conducted in Ukraine once the first phase of combat was completed successfully.